Join VIPorter
We've made flying more rewarding for you. Learn about VIPorter
Menu
US
Breadcrumb menus
About Us  collapsed About Us  expanded
Our Leadership Team 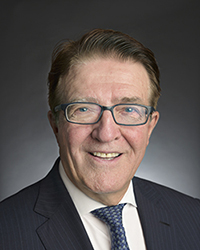 Robert J. Deluce is one of Canada’s most knowledgeable and respected airline owners and operators. He is part of a decades-long Canadian aviation legacy that began when his parents started White River Air Services Limited in 1951.

The founding President and CEO of Porter Airlines from 2005 to 2019, Robert now serves as Executive Chairman for Porter, playing a strategic role in the future growth and success of the airline.

A Bachelor of Science graduate from McGill University, Robert has also been granted honourary doctorates from Laurentian University, McGill University, the University of Ontario Institute of Technology and Lakehead University. In 2012, he was presented with the Queen Elizabeth II Diamond Jubilee Medal for his significant contribution and achievement to Canadians. 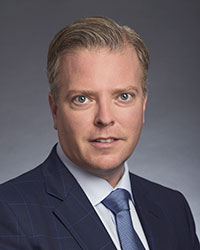 Michael Deluce has a long history in aviation, both professionally and personally. As a founding member of Porter Airlines, Michael was instrumental in defining Porter’s successful business plan, commercial and brand strategies, and worked to realize that vision as Executive Vice President and Chief Commercial Officer from 2005 to 2019.

As President and Chief Executive Officer, he oversees the airline’s strategy, commercial objectives, operational performance and financial success. Michael is also a member of Porter’s Board of Directors.

Michael is also a member of the Board of Directors of Nasdaq-listed Allegro Merger Corp, UBS Bank Canada and Betterez Inc. He holds an MBA from University of Western Ontario’s Ivey School of Business. 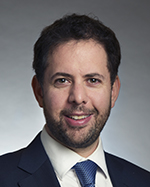 Jeffrey began his career at Lehman Brother’s Inc, focusing on the energy, technology and communications / media sectors. He later moved to EdgeStone Capital Partners where he eventually joined Porter Airlines on a secondment in 2006, helping to successfully launch the airline within one year of funding. During his nearly 10 years in private equity at EdgeStone, Jeffrey was involved in all facets of private equity, including sourcing and completing new investments, and working extensively with portfolio companies.

Jeffrey holds an Honours Business Administration degree from the Richard Ivey School of Business at the University of Western Ontario and is a graduate of the Directors Education Program at the Institute of Corporate Directors. 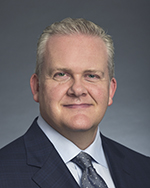 Kevin Jackson has significant experience in aviation, including 12 years at US Airways in Phoenix, where he was Managing Director, Consumer and Partnership Marketing, before joining Porter Airlines in 2013.

Prior to his current role, Kevin served as Porter’s Vice President, Marketing and Communications, as well as Senior Vice President and Chief Marketing Officer. He used his extensive experience in digital technology to drive efficiency and effectiveness across a number of marketing areas and to enhance the passenger experience.

Kevin holds an MBA in Business from Arizona State University and a Bachelor Degree in Hotel Administration from Northern Arizona University. 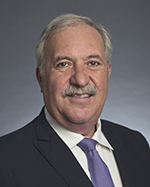 Paul Moreira is a strategic leader with more than 25 years of aviation experience.

He began his career at Canadian Airlines in 1980. He joined Air Jamaica Express as President and CEO in 1995, leading its privatization as part of the process of building the new airline. In 2001, Paul was appointed President and CEO of Caribbean Star based in Antigua, and then moving to Caribbean Sun in Fort Lauderdale as Chief Operating Officer. Before joining Porter Airlines, Paul held the position of General Manager, Toronto, at WestJet.

As Executive Vice President and Chief Operating Officer, he is focused on overall operational reliability in the areas of Flight Operations, Technical Operations, Safety and Security across the Porter network. He also oversees pilots, cabin crew, SOCC, facilities and Porter FBO.

Paul holds a Labour Relations Certificate from Queen's University. He is fluent in Portuguese and French. 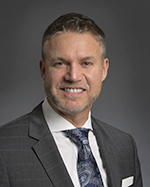 Lawrence is an accomplished human resources executive with over 20 years of experience. He leads a team focused on providing high levels of service and value, with responsibility for workplace culture, team engagement, policy development, leadership development, talent acquisition and management, payroll and benefits, while also contributing to company-wide training strategies.

Press Escape to close the window.
...
You’re invited.
Check-In using our enhanced ‘Check-In’ flow?
Form submission failed. There are errors in the form.
Press tab on the keyboard to jump to the first error.